At least 6.1 million shillings has been raised by well-wishers towards treatment costs for local artist-Lil Roy alias Pimungu Charles who is battling Dermatitis herpetiformis.

The money fundraised over the last two months was handed to Lil Roy at 12:00pm from Mega Fm premises by a committee that was set up to lead the fundraiser.

Lil Roy who was visibly excited by the contribution said he was grateful to people who sacrificed their resources to help him.

The committee said they raised 8million shillings but some of the money was given to Lil Roy sometime back for his treatment and welfare costs.

Lil Roy was first diagnosed with Dermatitis herpetiformis in May 2020 from Gulu Regional Referral Hospital.

Dermatitis herpetiformis (sometimes known as the gluten rash or the celiac rash), is a long-term (chronic) skin condition that causes itchy bumps and blisters.

The direct cause of dermatitis herpetiformis is a sensitivity to gluten which is found in common foods such as wheat, rye and barley. Lil Roy aged 34 is known for his hit songs such as Pud Okoko Can, Abale, Atimo-Lima and Tolit. 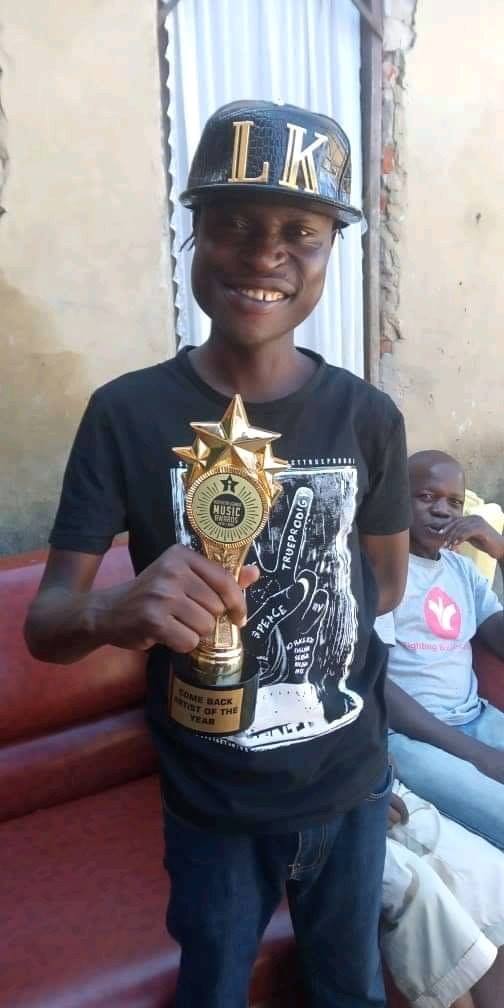