A 47-Year-old Man identified as Denis Okello has been arrested in Omoro district for alleged killing of his brother in Romkituku ward, Acet Town Council.

According to Okello Peter Douglas Okao, the Omoro District L.CV chairperson, the two brothers have been in conflict for months over the land.

He said that the brothers engaged in a physical fight on Wednesday after the suspect took the deceased’s clothes away in an attempt to annoy him for refusing to sell their family land.

Okello said that the victim succumbed to his injuries from Gulu Regional Referral Hospital on Thursday while the suspect is being detained at Omoro Central Police station.

David Ongom Mudong, the Aswa River Region Police spokesperson was unavailable for a comment when contacted. 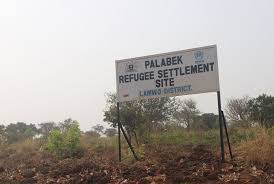