The Confederation of African Football has today disqualified the Chadian National Football team from the qualifiers of Total Africa Cup of Nations 2021.

This follows the suspension of the Chadian Football Federation by the Chadian Ministry of Youth and Sports, according to a press release dated March 22, 2021.

According to CAF, Chad will be considered losers of the next two games that they were supposed to play in the AFCON qualifiers and the opponents will be rewarded three points each, in line with CAF regulations. Chad was playing in Group A alongside Mali, Guinea and Namibia.

However, after four matches, Mali is on top of the group with 10 points, followed by Guinea (8 points) and Namibia (3 points). Chad was trailing the group on one point.

This is however not the first time CHAD faces challenges with AFCON Qualifiers. In 2017, the Chadian National withdrew from the 2017 AFCON qualifiers, citing financial constraints as their reason for pulling out. 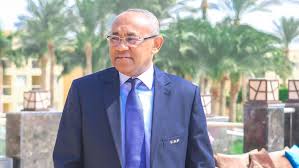