A 19-year-old man in Nwoya district who battered his mother because she was engaging in multiple love affairs has been sentenced to 2-years in jail.

Ochora Gerrard, a resident of Pamin-yai A village in Alero Sub County, Nwoya district was found guilty of domestic violence contrary to section 4 (1) (2) of the penal code act.

Ochora is said to have beaten his 40-year-old single mother -Ajok Lillian on March 26, 2021 leaving her with multiple injuries on her waist, left finger and left shoulder.

Ochora is also accused of stealing and selling off his mother’s household property.

The suspect who asked for forgiveness was previously imprisoned at Gulu Central prison for four years but escaped after serving one year.

Nwoya Grade One Magistrate Anyeko Susan who presided over the case noted that Ochora should have offered protection to his mother but instead caused her pain, an act which should never be tolerated.

She subsequently sentenced him to two years imprisonment at Nwoya government prison. 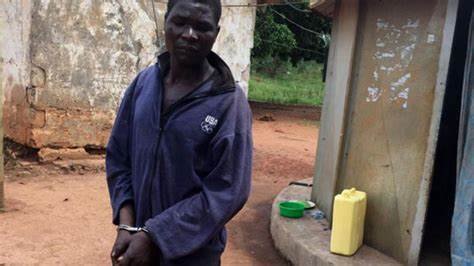 Nwoya Gets One Years In Jail For Assaulting Mother