A postmortem report carried out to ascertain the cause of death of Archbishop Cyprian Kizito Lwanga has ascribed his death to a heart attack.

The archbishop was found lying lifeless in bed at his residence in Lubaga on Saturday morning and was officially pronounced dead by his personal physician at 9; 08 a.m.

His sudden death had raised questions with several people spinning conspiracy theories linking his demise to the death of other prominent clerics who have passed away in recent months.

Putting to rest questions over Dr Lwanga’s death, the Interim Archdiocesan Administrator Msgr Charles Kasibante and the archdiocesan health coordinator Dr. Andrew Ssekitoleko announced the cause of the death of the fallen prelate during his first requiem mass led by Kasaana-Luweero Diocesan Bishop Paul Ssemwogere at Lubaga Cathedral this afternoon.

Reading a jointly signed document, Dr Andrew Ssekitoleko informed mourners that the body of the archbishop had been subjected to a postmortem at Mulago National Referral Hospital to ascertain what had caused his death.

He explained that the postmortem was conducted by a team of senior pathologists in presence of two family representatives and two physicians delegated by the church adding that at the end of the exercise, it was established that the archbishop had a heart attack due to a blood clot in the heart vessels.

Dr Ssekitoleko added that the finding is consistent with the previous history of illness that the archbishop had. Several reports had earlier indicated that the fallen prelate has for a long been battling hypertension and diabetic conditions.

Meanwhile, the programme of the burial of the archbishop has also been amended. According to Msgr Kasibante the government asked to pay tribute to the deceased a request which has been granted thus causing a change in the programme.

According to the new programme, Mgrs. Kasibante says the body of the archbishop will on Tuesday lie in state at Kololo airfield with the president as the chief mourner. He says that the event will be held from 10;00 a.m. to 12;00 p.m.

From Kololo, the body will be taken to Kyabakadde in Mukono district, the birth place of the archbishop. At this place Lugazi Diocesan Bishop Christopher Kakooza will lead a Requiem Mass and later the public will be allowed to view the body with strict adherence to covid-19 regulations.

On Wednesday, the body of the archbishop will be taken to Uganda Martyrs Shrine, Namugogo which is a spacious place where people will be allowed to pay their last respects to the deceased prelate from 8;00 a.m to 9; 30 a.m and later there will a Requiem Mass led by the Bishop of Masaka diocese Serverus Jjumba. 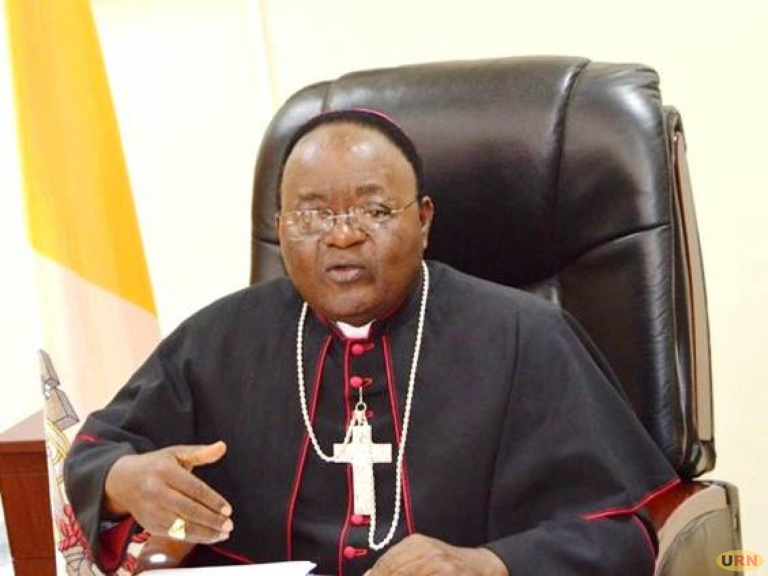