The Uganda National Teachers’ Union-UNATU will continue with the industrial action despite calls by President Yoweri Museveni for them to reconsider.

The President on Saturday met with UNATU leaders and asked arts teachers to end their strike as government works to addresses their demand for pay increase.

Museveni appreciated the teachers for their service to the nation and assured them that they are not being discriminated.

However, UNATU Secretary-General, Filbert Baguma says they will continue with the strike because the government has for long underrated their concerns.

He said they reminded the president during the meeting that the government’s move to increase payment of a section of teachers was in breach of the provisions of the Collective Bargaining Agreement-CBA signed with the government in 2018.

Baguma said it’s now up to government to expedite the process of increasing their salaries as their strike has no timeframe.

UNATU last week announced an indefinite strike under the slogan “All Teachers Matter” in their quest for pay equity and harmonization among teachers of various subjects, support workers, and school administrators at all levels of education.

The strike was sparked off by a government decision to increase the pay for science teachers nearly by 100 per cent.

The increment saw graduate science and grade V teachers’ pay pushed to four million and 3 million Shillings up from 1.1 million and 796,000 Shillings respectively. 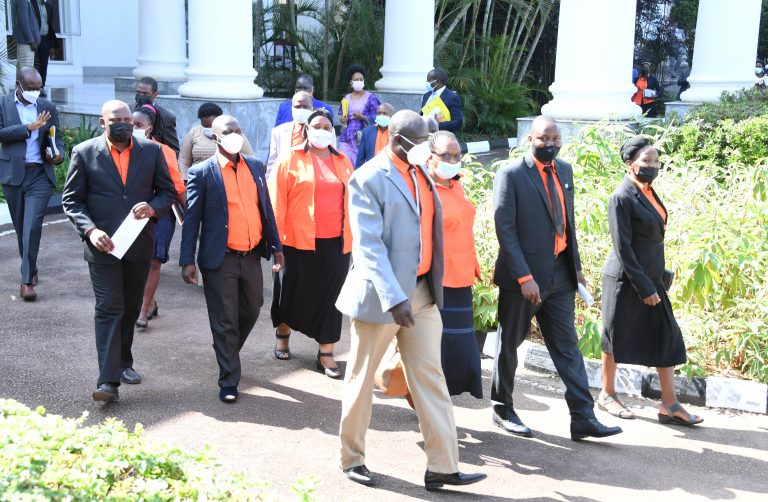