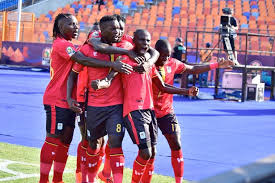 Uganda Cranes will face Mali and CECAFA teams Kenya and Rwanda in the Group stage of the FIFA World Cup Qatar 2022 qualifiers.

The draws conducted on Tuesday night in Cairo, Egypt saw Uganda placed in Group E with the first game to be played in October this year.

The teams representing 40 countries across the CAF region were divided into ten groups of four teams each for the penultimate stage of the continental journey to Qatar.

After a round-robin of matches that start in October this year, the winners of the ten groups will qualify to the Final Round of the continental qualification on the journey to Qatar.

The Final Round will see the ten teams drawn into five home and away ties, with the five winners securing the ticket to represent Africa at the tournament scheduled for 21 November to 18 December 2022 in Qatar.