President Yoweri Museveni has called upon the government of Vietnam to cooperate with Uganda in research and value addition in order for the two countries to reap big from Agriculture, a sector benefiting billions of people in food security and income generation.

Mr. Museveni noted that previously, countries especially in Africa produced raw materials for others to benefit, giving an example of cotton grown by Uganda, Egypt, Ghana and sold to the British who later became biggest producers of textiles.

He said the same should change with coffee, where coffee producing countries are getting little from their sweat.

Uganda is producing 80 million bags of coffee not far from Vietnam which produces 11 million bags.

The minister in charge of Vietnam’s Academy of Agricultural Sciences Mr Nguyen Hoang Hiep said he is looking forward to cooperating with Uganda in among others areas; Genetic diversity studies and plant breeding, Plant microorganisms and pathogens, Spatial land use and cover changes, Adaptation of agriculture to climate change, Smart agriculture and smart village and Agricultural technology transfer and extension.

Earlier, the President and the Ugandan delegation visited the FPT Corporation, the largest information technology company in south Asia with 60,000 engineers with branches in 28 countries with hopes to open the Africa branch in Uganda. 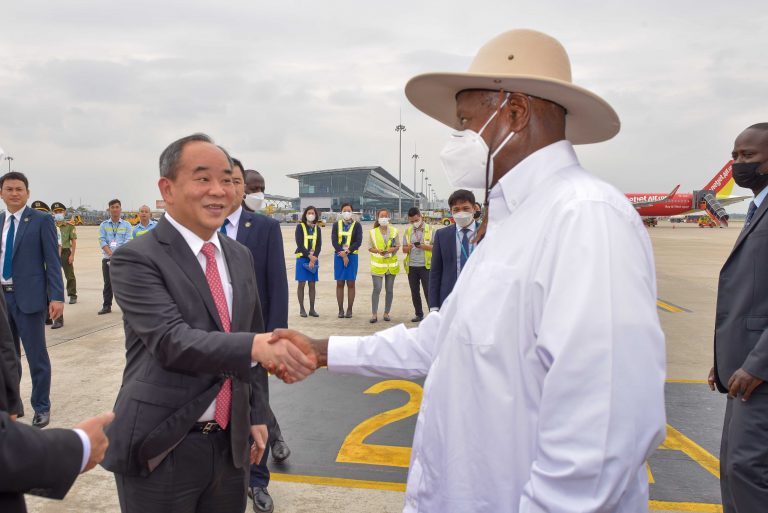