The Ministry of Health has confirmed five new cases of Coronavirus disease-COVID-19 in Uganda. This brings to 14, the number of people who are infected with the virus.

Among the infected  is an eight months old baby from Iganga district, whose father had previously travelled to Kisumu, a town in the Neighboring Kenya, a 64-year-old Ugandan fron Najjanankumbi, who returned from  Germany and a 57-year-old trader with no travel histor,  currently admitted at  Adjuman hospital.

The other two are Chinese nationals, who were recently arrested from Zombo district, after escaping from quarantine.

Uganda’s first case of COVID -19 was confirmed last week after a 36-year-old man who had travelled to Dubai for Business presented with high temperatures eventually testing positive for the respiratory syndrome that has so far claimed 19,101 lives across the globe. 428,217 others have tested positive for the disease.

However, by today, 109,241 had recovered from the disease that takes toll on the lungs and causes severe pneumonia.  Of those that are still sick, 286,746 at 96 per cent have a mild infection whereas 13,129 are in critical condition.

Uganda’s first case, the Ministry of Health says in stable condition and his appetite has improved. 764 are under institutional quarantine. 1,431 high risk travellors have completed their 14 days and have been issued certificates.

But the Ministry has only heard from 60 of the 574 travellers who returned into the country from Dubai in the past two weeks. These were, as of yesterday, attended to at Mulago National Specialized Hospital for assessment.

Meanwhile, leaders in northern Uganda have started implementing the presidential directive by arresting errant traders found hoarding goods, exploiting and scheming to exploit innocent citizens in the wake of the outbreak of coronavirus.

Three businessmen were on Tuesday arrested from Agoro Sub County in Lamwo District by the Resident District Commissioner Nabison Kidega.

Four other businessmen including three Indians and one Ugandan were arrested from Koboko Municipality for hiking salt prices.

The four were picked up by security personnel on Tuesday after a tip-off by locals and customers after realizing a drastic change in the price of salt.

They had allegedly increased the price of a carton of salt from 25,000 to 90,000 Shillings and a packet of salt from 800 to 5,000 Shillings. The two shops were immediately closed and the suspects ordered to record a statement at the police.

Since Sunday, some essential food items like salt, packed rice, powder milk among others have had their prices tripled with salt having the highest increase in most towns and trading centres of West Nile, Northern and Eastern Uganda.

On Tuesday afternoon, President Yoweri Museveni warned the traders that their licenses will be revoked if they are found hoarding goods, exploiting and scheming to exploit innocent citizens.

Gulu district secretary for health Akena Lambert Lamex says the three Sudanese nationals entered Uganda on March 20th through Entebbe airport from Sudan and the two Ugandans were from Dubai and Sudan respectively. The five were driven to the Uganda Virus Institute in Entebbe for test and have since been quarantined in a hotel room in Gulu at their own costs.

In a similar development, Amuru District Local Government is seeking for more support to man the porous border with South Sudan. On Tuesday, Amuru district authority arrested over 100 South Sudanese who entered Uganda through feeder roads.

Similarly, dozens of UPDF soldiers have been deployed in Pader town council to enforce the presidential directive on Covid-19 that include ban on public gatherings in churches, bars and institutions of leaning.

Meanwhile, owing to the Corona Virus (COVID-19) guidelines on social distancing strategy, HIV care organizations have resorted to giving their clients’ more Anti-retroviral drugs to stay away from the health facilities longer.

At Baylor Uganda, an entity that focuses on HIV in children, Dr Sabrina Kitaka a senior paediatrician told Mega Fm that clients have been given refills to last them 90 days to minimize patient-doctor contact.

Akello Agnes Ebong, the Nwoya resident district commissioner says that they are deployment security in these areas to forcefully enforce the ban.

In Kitgum district, locals have resorted to use of gins as sanitizers for preventing the spread of the deadly corona virus (COVID 19) after the prices of sanitizers skyrocketed by about 100%. It include Uganda Waragi, Vodka gin, and Gilbeys among others.

However reports have also emerged that some people have resorted to drinking the gin in large quantity claiming it kills the virus in their bodies. But Dr. Charles Abonga Lagoro, the Medical Director of Yot Kom Medical Centre; a local NGO operating in Kitgum says alcohol usage is only effective for hands washing and other household items but not in our bodies.

According to pharmacists, for a hand sanitiser to be effective in preventing infection, it should have at least 50 percent alcohol.

The Health Ministry, among its recommendation deemed safe for fighting the Coronavirus disease has advised locals to frequently wash their hands with soap and water or use hand sanitizers.

Pharmaceutical Society of Uganda has also advised Ugandans to rely on time tested infection prevention methods of hand washing with water and soap other than depending on hand sanitisers, many of which are not certified.

Reports have also emerged that a number of pharmacies in Kitgum district are duping members of the public by selling to them fake hand sanitisers, Kitgum resident district Commissioner William Komakech says an independent team has been instituted to investigate the allegations.

In Gulu district, The 4th Division army Barracks Medical Facility in Gulu is now out of bounds for civilians after it was gazetted as an isolation center.

Brigadier General Bony Bamwiseki, the Fourth Division army Commander said that the facility will only handle emergency cases of corona virus during the 32 days government has barred crowding in public places. Bamwiseki said that even their mortuary is no longer open to members of the public and accordingly urged for cooperation.

In Dokolo district, the task force has asked micro finance agencies to suspend and reschedule loan repayment periods for borrowers for 32 days. Lawrence Egole, the Resident district commissioner who is also the chairperson district task force says demanding for loan refunds from clients during this period when there are strong restrictions including gatherings and movements is unrealistic .

In the latest development, government of Uganda has announced on Wednesday that the country will no longer welcome new refugees and asylum seekers.

Addressing journalists at the Uganda Media Centre in Kampala this morning, Musa Ecweru, Uganda’s Minister of State for Disaster Preparedness and Rosa Malango, the United Nations representative in Uganda, said, whereas Uganda has an open-door policy for refugees and asylum seekers, they have suspended receiving of new arrivals with immediate effect for a period of 30 days.

Uganda currently hosts the largest refugee population in Africa with 1,411,098 refugees and asylum seekers as of February 29, 2020. 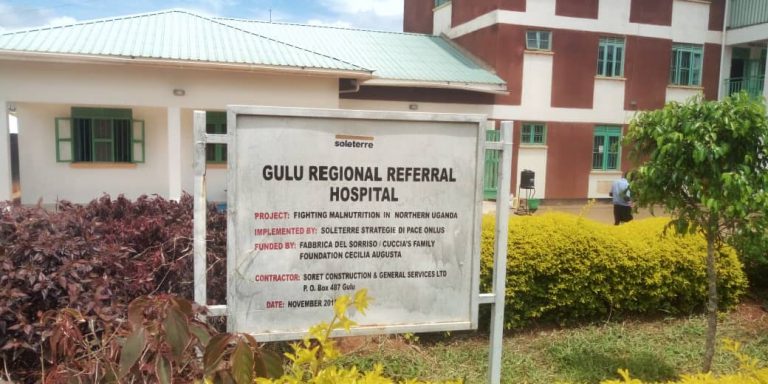