The number of COVID-19 confirmed cases has surpassed the 100-mark after a sample of a Tanzanian truck driver tested positive.

The case is a 32-year-old driver who entered the country via the Mutukula border.

His sample was among 3,091 samples that were tested at the Uganda Virus Research Institute-UVRI.

Despite the increase in cases, the Ministry of Health officials says that this should not scare people.

The COVID-19 incident commander at the Ministry of Health, Atek Kagirita says that the country’s increased cases can be controlled.

The drivers will be tested as they enter the country and will be mandated to wait for their results before they proceed with their deliveries and, according to Kagirita, positive cases would then be stopped from crossing into Uganda.

The news of Uganda’s 101 cases comes as the country is running out of test kits.

According to reports from UVRI, the country only has kits to last four days. 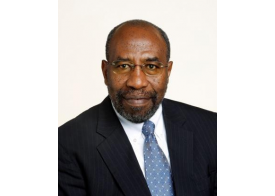 PM Rugunda In Self-isolation For Covid-19