Police in Arua City have recovered 75 cartons of the banned deadly City 5 Gin which recently claimed 12 lives and hospitalized 18 others.

The potent alcohol was recovered during a crackdown operation conducted at around 11:00 am at Oluodri trading center, Ayivu East Division in Arua City.

The operation follows a tip-off by a concerned citizen to police that the City 5 was still being consumed secretly despite being banned by Uganda National Bureau of Standards.

Angucia Josephine, the West Nile Region Police Spokesperson confirmed the report, adding that one person was arrested during the operation.

She said the deadly gin has been impounded at Arua Central Police Station as exhibit.

Police Bans Bicycles Past 2pm To Control Spread Of COVID-19 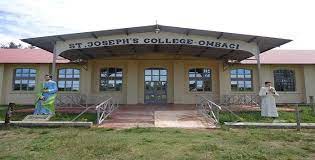