Amuru district chairman Lakony Michael has accused a section of members of the Acholi Parliamentary Group (APG) for frustrating government efforts geared toward poverty eradication in Acholi sub region. It include the Shs 30 billion Ayila irrigation project under the Ministry of Agriculture which was approved by Parliament in the 2018/19 financial year.

Last month, during a sensitisation meeting held at Ayila village in Guru-guru sub county, locals who will be affected by the project demanded an assurance that the irrigation scheme will not be used as a scapegoat to take away their land.

Lakony has since blamed political leaders in the region for the misinformation which he says is threatening the project which is aimed at fighting poverty.

According to Lakony, the project if completed, will boost production and improve livelihoods since farmers practice farming all year. Lakony adds that the district is planning to secure land titles for the project beneficiaries to make them feel secure.

Most parts of Acholi, Lango and Karamoja sub regions are grappling with severe food crisis as a result of climate change which has affected food production. Irrigation supplies water for crop production and means crops can grow all year round so farmers can grow more and different kinds of food to eat and to sell. 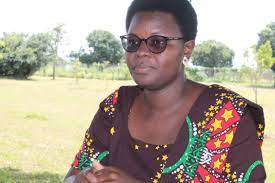