The juveniles reportedly escaped at around 7:00 am when they were brought out for morning parade and general cleanliness.

Four of the escapees were later rearrested.

According to an official from the remand home who requested for anonymity, the juveniles could have been a planned with the help of some mature inmates to escape from prison. 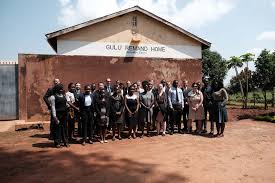 This comes three months after 30 minor offenders escaped from the same facility.

They reportedly overpowered the facility in-charge, Joseph Kilama who had taken for them food.

Elegu Gets Mobile Laboratory to Accelerate Testing of Truck Drivers